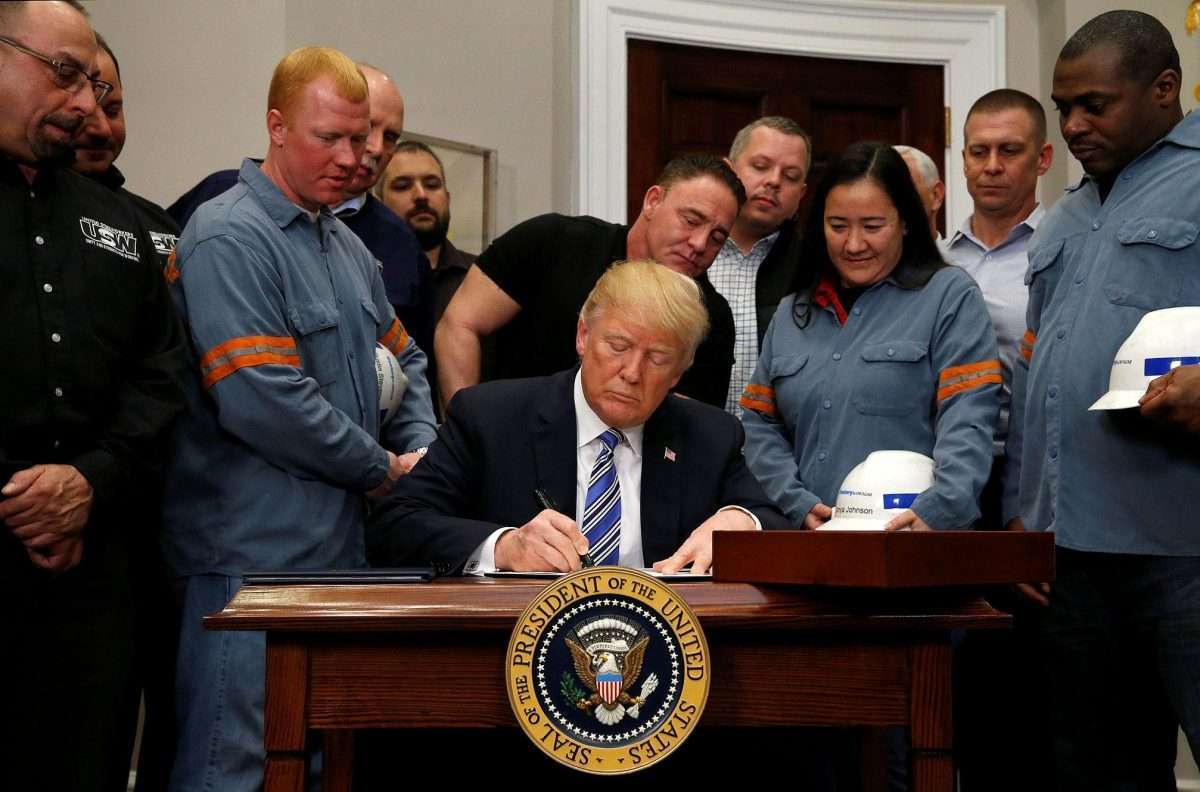 When assessing the current and future state of United States-bound retailer container shipments, there is a short-term outlook and a long-term outlook, based on the findings and takeaways of the Port Tracker report issued by the National Retail Federation (NRF) The short-term: focus has to do with the timing of the Lunar New Year, which ran from February 16 to March 2, and is expected to impact March volumes. And the longer-term focus centers on recently-enacted tariffs on steel and aluminum imports made official by the White House this week, which have the potential to impact future port volumes, among other factors like hinder consumer spending activity. "With steel and aluminum tariffs already in place, new tariffs on goods from China being threatened and the ongoing threat of NAFTA withdrawal, we could very quickly have a trade war on our hands," NRF Vice President for Supply Chain and Customs Policy Jonathan Gold said in a statement. "The immediate impact would be higher prices for American consumers that would throw away the gains of tax reform and put a roadblock in front of economic growth. But in the long term we could see a loss in cargo volume and all the jobs that depend on it, from dockworkers on down through the supply chain." Port Tracker expects February to be up 13.7% annually at 1.66 million TEU, with March pegged at 1.53 million TEU for a 1.8% decline. April and May are expected to come in at 1.7 million TEU for a 4.7% gain and 1.79 million TEU for a 2.5% gain, respectively. The danger is that a potential tariff war would have a negative impact on cargo growth to the detriment of both the consumer and U.S. industry. The timing for these tariffs is ill-advised, given the myriad signs of positive economic momentum intact, including solid manufacturing output, improving GDP, and steady consumer spending. Article in Logistics Management - Jeff Berman - March 9, 2018

CPC Commentary: The Ocean Carrier Contract period starts May 1, 2018. The timing of these announcements are ill timed for the Ocean Carriers, but it is well timed for Importers and Shippers; the news should create doubt of demand and recovery and create lower rates for Shippers and Importers. CPC can help structure agreements to capture these savings in 2018.